Learning a New Language and Why Many Struggle

Home ⁄ Learning Languages ⁄ Learning a New Language and Why Many Struggle

Learning a New Language and Why Many Struggle

Hi there, Steve Kaufmann here. Today I would like to talk about why I think so many people have trouble learning languages.

Now, many of you have heard me say before that the three keys to language learning are motivation, the time you spend with the language, not necessarily in class, but with the language, listening, reading, talking, and the third thing is the ability to notice what’s happening in the language, which is a skill that we acquire the more time we spend learning languages.

So someone who isn’t motivated and isn’t going to spend the time, they’re not going to learn and they won’t develop the ability to notice. That’s fine. But there are many people who are motivated, who do spend the time but don’t succeed. Why is that? They sort of abandon in frustration, so I’ve given this quite a bit of thought.

Here I am at age 67 and I’m having a great time learning languages, communicating with people in different languages and I have the goal of learning even more languages. I’m having a blast, yet I hear from people who are learning their first language or their second language and are completely frustrated.

What is the problem?

I think people who have experience with learning languages are used to the idea that it’s a gradual process of getting used to the language. People who haven’t, want to see results. They want to be able to say something and they want to be able to say it correctly. Maybe it’s our school system that makes us think along these lines, that because we study something we should learn it.

Maybe there are things, you know if you’re studying for a test in Physics you’ve got to try to remember those things for the test and you have to try and understand the concept and so forth, but language is different. Even if you understand the concept, you still won’t be able to necessarily use it correctly and you won’t understand it when you listen time and time again.

Keys to Learning a New Language

So I think the question then is someone who hasn’t had the experience of learning a language, if that’s the obstacle, how do you overcome it? It’s kind of like a catch 22. You can’t achieve that sense of transforming yourself into someone who can become fluent in another language until you do it. So you kind of have to have that leap of faith that you can do it, anyone can do it.

If you can focus on doing things you enjoy so that the journey itself is enjoyable, if you can accept the fact that implied in language learning is forgetting, is making mistakes, is being clumsy, is not understanding and that it’s just the process of exposing yourself rather than trying to nail down a table of declensions of endings or conjugations, but rather if you spend the time with the language, gradually, your brain will get used to it and your ability to notice things will improve.

The pronunciation, I’ve used the example many times of people who rely on how words are pronounced or how certain spellings are pronounced in their own language so a word sounds like ‘ward’. Well, they aren’t listening. They aren’t paying attention. They aren’t noticing. The more you learn languages, the more you learn a particular language, the more experience you have with the language you start to notice better. These are all forms of experience that you gradually accumulate.

So a lot of people experience frustration in language learning because they have never achieved success in language learning. But success breeds success and once you’ve done it once and you’ve realized that objective of becoming fluent in another language and you realize how wonderful it is to do that, then you have the confidence that you can do it again.

I guess the message here is for those of you who do experience frustration in your language learning, you have to stay the course. Find ways to enjoy it. Find some way to climb that first mountain. Once you have climbed that first mountain, then you look out and you see all the other peaks and you know that you can climb any of those other peaks because you’ve already done it. The hardest one is the first one. So I hope that that is in some way motivating.

Want to find more great articles like this to share with your students? Check out our group for High School (& Older Students) 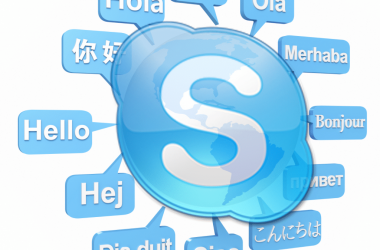 What is it? Another great video from English Free Talk!