An Australian 12 Days of Christmas 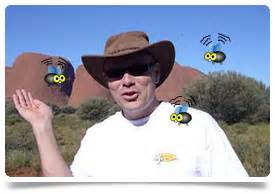 An Australian 12 Days of Christmas

Christmas time evokes images of warming fires, mugs of hot chocolate and plenty of snow based fun. But Christmas in Australia falls right in the middle of summer. Read on to find out how different an Aussie Summer Christmas can be.

A Wheelie Bin for Cricket Stumps

Cricket is the national sport in Australia. It’s played in Summer and everyone joins in. We have cricket games on television, in our local parks but mostly, it’s played at home, in our backyards.

You need a set of cricket stumps to play and a wheelie bin is perfect for this.

Australia is a huge country and we have many people living on cattle or sheep stations, or in very remote area, with no easy access to a doctor or hospital. In some cases, medical care is 1-2 days drive away. So, we have the Royal Flying Doctor Service (RFDS). This service flies doctors and nurses to remote locations so all Australians can have medical care. They also act as an air ambulance if you are in an accident. The RFDS started in 1928, 25 years after the Wright Brothers made the historic first flight.

It’s Summer so Christmas is always hot. Very hot. Aussies love to swim to cool off. You will find most Aussies at a beach, creek or a pool at some time on Christmas Day. But, we don’t just swim. We play cricket, football, catch, tiggy or just float about. A pool noodle is a toy that helps you float (it’s also useful to hit your annoying brother with)

Christmas falls in the middle of our school summer vacation and lots of families have between 7 to 10 days holiday together between Christmas and New Year. Many families go camping during this time. You can camp in different areas (the beach, by a creek or river, in the outback) but we’ll camp close to water for swimming.

It’s hot, you’re camping, at the beach or swimming, you don’t want to wear big heavy shoes….so we wear thongs!

We wear them everywhere. To the beach, to the shops, to the cinema. Most Aussies will have at least two pairs of thongs – a home pair (ones you only wear around the house) and a ‘going out’ pair (usually a newer pair for special occasions like the cinema or shopping!)

Christmas Eve is a magical night with children listening for the far off jingling of bells on reindeer. But Aussie kids listen for a different sound, a far off booming in the sky. Santa ditches the reindeer in Australia and harnesses up six, big, white, old man kangaroos called the Six White Boomers.

It’s just not an Australian Summer without a BBQ, especially the day after Christmas. Snags (a nickname for sausages) are always on the menu. BBQ’s are quick and easy, perfect for camping or the beach. And a snag sanga (one sausage on a slice of bread covered in tomato ketchup) is a perfect meal.

Summer, camping at the beach, BBQ’s with sausages – there are always blowflies around. Australian flies are much bigger than anywhere else and blowflies are bigger than that! They love a BBQ as much as we do and are the reason Aussies ‘wave’ their hand in front of their faces – we are chasing the blowflies away.

A Summer time Christmas means that many children receive bicycles, scooters, roller-skates or skateboards as presents. And learning how to use these means lots of falling off or falling down. The result – grazed knees. It really isn’t Summer in Australia without a grazed knee or two.

Traditionally, people eat a hot roast lunch on Christmas Day. Roast turkey, roasted potato and pumpkin, stuffing and gravy. While delicious, it’s also far to hot to prepare and eat. Many Australians eat seafood for Christmas lunch and prawns are our favorite. King prawns are much bigger than regular prawns and people love eating them.

You always need an ice cream in Summer and in Australia, that means a Sunny Boy.

Sunny Boy ice blocks are a frozen sweet flavoured water treat. They take at least 30 minutes to eat. They are a true Australian icon and everyone loves them.

Christmas, Summer and lots of extra people and food/drinks means your fridge is working overtime. Every Australian family has at least one Esky, filled with ice, on Christmas Day. Visitors bringing food or drinks will bring their own Esky so there is always a collection of them. 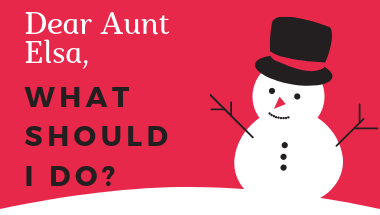 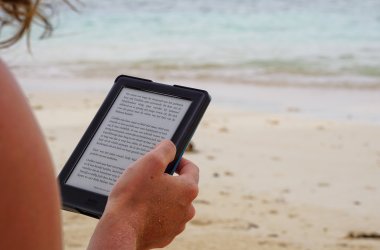