To play, deal out twelve cards to each player; the deck consists of 78 cards: one 1, two 2s, and so on up to twelve 12s. By following the lead established by the first player, each player attempts to give away all of her cards before the other players can. The first player can lead a single card, a set of at least two cards of the same value, or a straight of at least two cards. The next players either pass or play a similar combination of cards (although not necessarily the same number of cards) that includes at least one card that’s as low or lower than the lead player’s low card. Whoever has played the lowest card once everyone has passed becomes the new lead player.

There are no reviews yet.

Only logged in customers who have purchased this product may leave a review. 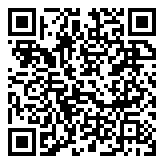